Where do i go to apply for a job for cryptozic? 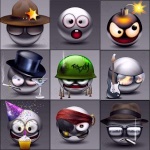 Click on the Careers link at the top of the page.
You'll find the list of jobs they need people for.
You can send an email to job@cryptozoic.com with your resume.

Are the jobs set at a central location or are they remote managed/telecommute?

I sent a resume, but haven't heard anything back for a couple of weeks. Are the jobs posted actually up to date? 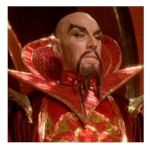 Andy D wrote:I sent a resume, but haven't heard anything back for a couple of weeks. Are the jobs posted actually up to date?

To sort of answer your question, this is from the FAQ thread:

Just out of curiosity, does that mean that the Sr. Production Manager position listed on the careers page is no longer available? And, if so, do any of the other positions need to have their availability updated as well?

Yes, but I don't want to discourage anyone from applying. We're expecting to grow, so we'll definitely look at submitted resumes. I'll double check on Monday to see what's going on with that page.

Pithe wrote:We're keeping the applications up. If you want to submit a resume, please feel free.

Now, this is just speculation on my part, but I can't help but think they might be waiting to see how sales of Wrath Gate go so that they know how much money they have to work with before actually hiring more people. That would seem like a reasonable plan to me, since it's always a little awkward to hire someone new only to un-hire/fire them a couple of weeks/months later when the sales numbers come in and you suddenly find out that you have no money.

However, by at least starting the application process now, they can get to the actual hiring part that much faster when they find out that they do have some money to throw around.

Again, though, this is all just guesswork at best.