I have an odd error to report. It was user error but I was wondering if there was anything that can be done about it. Here is the situation: I bought my brother 8 packs of Wrathgate for his birthday and we out to dinner to celebrate. He opened them at the table and was lucky enough to get both a Landro's Gift Box and a Statue Generator loot card. During dinner, he had a few drinks and when he got home he went to redeem his new loots. For the Statue Generator, he accidentally chose the realm above ours so he now has a Statue Generator on a realm that he has no characters. Is there anything you guys can do to help out? He has already petitioned a GM and they said that they cannot help him. Thanks in advance!

I'm not sure if CZE can help, but you could try to contact Blizzard customer support, and see if they can do anything for you.

well, it is clearly stated that one you choose the realm and enter the code the card is REDEEMED, so im not sure if they will do anything about it

It was more than just a simple mistake ...

When you submit the redemption page , there is another confirmation popup window asking you to confirm whether you are sure that you want to redeem the code on realm XYZ ...

So you still have a "security check" to minimize the probability of reddeming on a wrong realm ...

Someone may admit that there are people who dont read warning/confirmation/etc. messages/windows ...
... well, you are right ... but then they have to bear the cosequencies ... 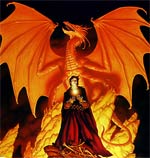 Here's a good thread by Roshen detailing loot redemption:
https://cryptozoic.forumotion.com/help-and-customer-service-f3/loot-card-faq-t1634.htm
At the bottom:'

Please be aware that once a code has been entered through Blizzard’s Promotional page and informed a customer of the Region and Realm that the code has been redeemed on, Cryptozoic Entertainment no longer has any power over the item. Cryptozoic can not move or replace items inside Blizzard’s online game.

So you will really have to contact Blizzard support on the matter.
This address should help: WoWTech@Blizzard.com
-Lenny 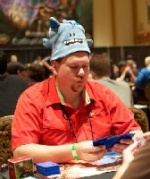