hey guys, im new to all this and just got a really quick question.

I have just ordered 7 wrathgate packs and pre ordered 6 Archive packs. What do i need to buy to store these cards safely? should i use them small wallets or get a folder and store them in there? and what are their actual names on these items so i can search for them, many thanks

http://www.amazon.co.uk/Ultra-Pro-RPJN8-2-Ringbuchalbum-gro/dp/B000C0V9EE THIS IS THE BINDER (also available in black)

http://www.collectorscache.com/StoreModules/ProductImages/270/ultrapro_9pocketbox.jpg THESE ARE THE PAGES (they also do some slightlyl cheaper ones (only about £1 cheaper but there no where near as strong so id recommend these)

hope this helps,
if you need help with anything else then either PM me or ask here

lovely, thanks very much, ill prob reply on here as soon as they arrive in the post, not sure when the archives one will arrive though as i dont think they are released yet but will be any day now.

Also be good to know if anyone plays on here that are from Guernsey in the Channel Islands, i think i am the only one lol

they are due to be released some time this month, don't know exactly when i think its towards the end???? but don't quote me on that one also for storing your decks one there made up use the following

DECK BOXES - help protect your decks from damages if knocked or banged ... http://www.thecardcellar.co.uk/trading-card-accessories-deck-boxes-vaults-c-34_179.html

CARD SLEEVES - protect each card from damage during shuffling/play and also keeps them clean (you put each card into one of these) ... http://www.thecardcellar.co.uk/trading-card-accessories-deck-protectors-c-34_175.html i personally use the ultra-pro ones but alot of people prefer them dragon shield ones... both are good

lovely thanks, just ordered some of them ultra pro platinum pages off ebay, got 5 lots of 10x9 pages for a tenner. i ordered some wrathgate last night on amazon then today i found a site called mythreal so ordered a few more wrathgate on there too and 6 packs of archive, they quoted on there that they are due to be released in the first week of August, but dates are never right i guess

may i ask which country you're in? i know some good sites for cheap supplies but it all depends on your country

i live in UK also... this is an excellent site http://www.thecardcellar.co.uk/trading-card-accessories-c-34.html very fast delivery and very reasonably priced

lovely thanks, what about cards/booster packs/boxes, where do u buy them from? i cant find any shops where i live that sell them so have to buy online

game sell them ( www.game.co.uk ) they also have wrathgate in there stores, other than that probably ebay or amazon, i personally buy them from stores rather than online so i cant really help much other than that

the mythreal online store sell booster boxes too.. I noticed them when I was ordereding a Paladin class started deck from them this week.
A work colleague ordered a wrathgate box on release so they are trustworthy!. Packs at 2.69 is good too as they are 2.99 in the shops!
Pretty good too as no delivery charge although not sure if that is the case for Guernsey shipments..?

yea i ordered my wrathgate and archives from them tonight with the free delivery even to my location which was good, £82 seemes alot for the archives box though, but i guess that must be the going price

yes, archives will be more expensive than the other sets

i paid £4.50 for the archives packs on that site

yeah probably about right price..., its likely that it is a lot more expensive as you get a chance to pull a previously released loot card from each pack..although the chances of getting more than one decent one out of a box of 24 packs will not be great I expect. Also, you only get 10 cards per pack too, whereas the normal sets you get 15 / 19 cards.

If you are looking to build a deck it probably isn't worth spending your pennies on archive packs, although I'm sure there will be many a collector offering to trade you
for some on here, so although I'm not sure how much you know about the game/deckbuilding already but maybe buying a couple of the relatively cheap Class starter decks would be a good idea..??

ye, thats about right, if you buy them in boxes or online then they do tend to work out slightly cheaper

not to push you out of the game or anything, im just curious. What got you into wanting to do the card game? since its just you? do you plan to travel to play?

lol, well hopefully i can get a friend to take it up too if not i need to find some people to play locally, im not traveling thats for sure lol.

and i was just a bit curious tbh about it, sounds fun

Soulkilla wrote:lol, well hopefully i can get a friend to take it up too if not i need to find some people to play locally, im not traveling thats for sure lol.

and i was just a bit curious tbh about it, sounds fun


Awesome well welcome to the family!

Hope you manage to find some people, it is good fun, and don't hesitate to ask any question no matter how silly it may seem!! we have all been there!

oh, by the way Critadindin, your signature dosen't seem to be working, although i managed to link to the picture myself via chrome.. ;-)

yea i have followed this guide on here> http://entertainment.upperdeck.com/wow/en/howtoplay/demo.aspx
and understand kind of about the deck building, but i have no idea what class to choose.

and thanks for offering support, much appreciated

how do i choose what class to play? coz i have no idea, should i wait to see all the cards i get and try and make a class from them and then buy a class starter pack for that class?

Thats not a bad idea.. and then from there buy singles.. Also each class has a different play style as when you start to play different ones you will see that and you will find what you like.

but what you said is a good idea atleast for a first deck..

http://www.hacards.com/search/world_of_warcraft.php is a good site for singles if you want to buy them from the uk and nit america

Soulkilla wrote:how do i choose what class to play? coz i have no idea, should i wait to see all the cards i get and try and make a class from them and then buy a class starter pack for that class?

well for me i build with my favourite heroes and classes even if they suck im still having fun which i think is what matters deep down, not sure if you know about wowtcgdb as you can look at all the cards there and see what takes your fancy 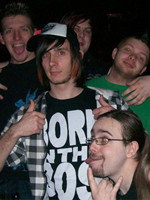