At the end of February, UDE still had all the crafting information up on their site.

So I put together a submission to get 4 cards. I payed money to ship them, included a SASE, and sent it off.

I have been waiting since.

What rubs me wrong is that if UDE wasn't going to honor my order, or pass it on to Crypto, they could have returned it to sender or used my SASE to return my materials, including badges.

Does anyone else have any ideas or info? Were these turned over to Crypto and being gone through to fill? Are there other people who have been waiting to find out their fate? Am I just hosed?

I'm betting on hosed. Sorry dude. There was much discussion on the UDE forum about whether to try to craft items or to wait. Their Crafting Redemption Program got progressively worse at the end of UDE's reign. A lot of mistakes.

Unfortunately, you tried at the worst possible time. UDE put up the notice that crafting was on hold during the first few days of March, so I'm assuming that for at least a week or so before that all crafting was stopped. Dunno what happened to it, but I don't think you'll be seeing them.

Only thing you can do now is try to contact UDE (hah) or see if Cryptozoic will honor it. It's only 4 cards, it shouldn't be a huge deal and it was pre hold notice, so you didn't know. Not up to me though. 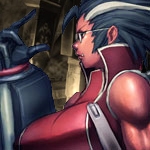 Well, I plan to contact UDE about it, because no matter how you look at it, unless they turned it over to Crypto, they stole from me.

The package could have easily been "Return to sender"-ed if they knew they were not going to honor it, or my crafting materials could have been moved to the SASE with a note "Sorry charlie, you're too late."

I'm not concerned about the cost of the postage, but I'm a one box kinda guy. I spent along time collecting those crafting materials. And my local stores run their Leagues at the least convenient times for my schedule, so it took forever to get the badges too.

I have a "relationship" with UDE dating back to Vs. and I am known to call and sit on hold for an hour or two waiting to talk to someone in entertainment about simple things like bad UDE codes or missing cards in boosters.

You think they aren't going to hear from me on this?

I just posted here first in hopes that a Crypto rep might say: "UDE has forwarded all the crafting redemption to us. With everything else going on, we haven't had time to process them all. Were sorry for the delay, but trust us, you will get your cards, and maybe a bonus for your patience. What token would you like?" or the equivalent.

I actually don't know whether or not all the crafting redemption stuff has been forwarded over by UDE. With everything else going on we haven't had time to process everything coming in. We're sorry for the delay, but trust me, we'll take care of you. Message me the details and I'll see what I can do.

Now that is dedication and good customer relations. Seems I chose a good time to get into the game :3

Daimajin wrote:I actually don't know whether or not all the crafting redemption stuff has been forwarded over by UDE. With everything else going on we haven't had time to process everything coming in. We're sorry for the delay, but trust me, we'll take care of you. Message me the details and I'll see what I can do.

Absolutely. Even with a lot of the same Staff as over at UDE, CZE Rocks!!!!

Seems like CZE is dedicated to customer experience. Outstanding.

After my phone call with UDE I was so pissed I didn't even check over here. I just didn't wanna think about it.

The guy initially tried to say "Contact Blizzard" But when I explained the law to him, suddenly he was sympathetic. It was a frustrating phone call that pissed me off because the guy basically said that no matter what they are asked about WoW, bad pack out (missing cards or packs), Broken Redemption codes, etc, all they are allowed to say is "We no longer have anything to do with the World of Warcraft License. Please direct your questions to Blizzard." and that that's all they have been told.

The guy knew less than I did about what was going on and told me that there were some guys in sports card redemption who supposedly were returning crafting requests. But as to whether or not any were turned over to Crypto, if any had been returned yet, all that jazz. he knew nothing and neither did his supervisor.

So, I just chalked it up to loss.

Imagine my amazement to find that someone from Crypto posted here! I thank you Patrick and will shoot you a message momentarily.

If things continue from Crypto the way that they have so far, they may get a rep as the best guys in gaming.

Up until now that was 2000 era Alderac Entertainment Group, who when they canceled Doomtown, afterwords printed a final set that they sold for $50 and included a voucher for a free box of your choice (while supplies lasted), released a final set for 7th Seas online for free, and gave out promos as apologies for anything! "Oh, at nationals a judge sneezed on you? What promo card can we send you as an apology?" LOL

Thank you Crypto for trying to make amends for the failures of the former license holder and for actually caring about your fans.

Thank you to Patrick Swift and Cryptozoic Entertainment.

Received my cards today with a bonus. You guys are ah-may-zing!

OCB = Customer for life, or at least till you start making "Eldrazis" and other crap too broken for words!

CZE seems to be much more aware of their customer's needs then most gaming companies out there. but what sets CZE apart from other companies is that they are willing to put time and effort into an individual's needs as well. down the road, it may become increasingly difficult to do that, but the great thing is that they will never simply ignore another's needs